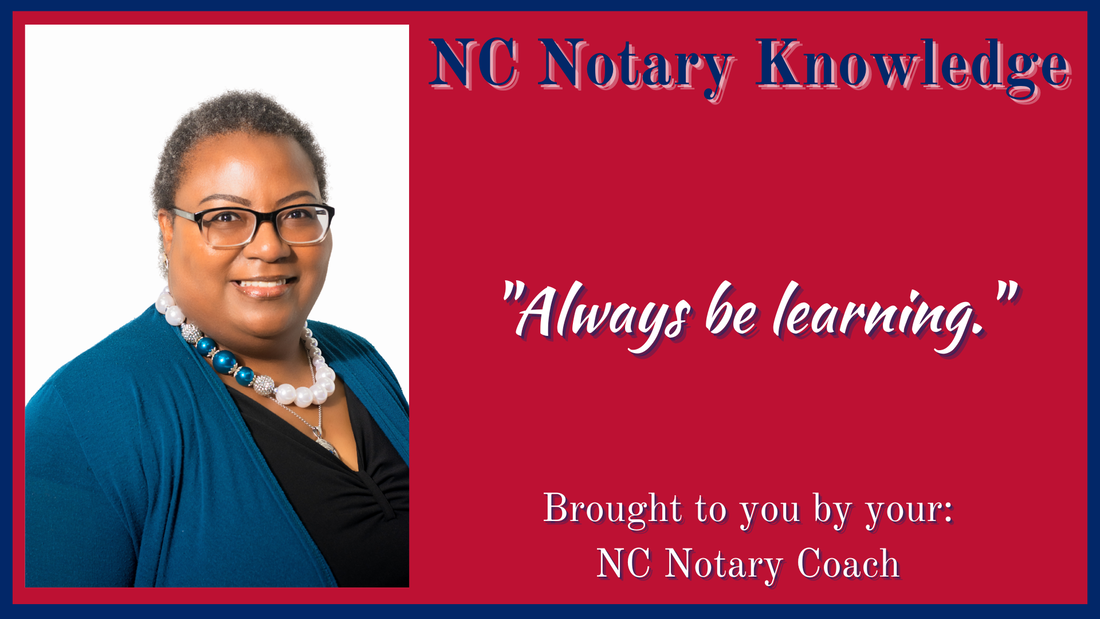 "Staying well informed and up-to-date on the latest news is important as we educate ourselves and the public. If we don't know what is going on, how can we expect our customers to know when it comes to notary news? Let's be the best Notaries Public for the State of North Carolina and help our communities in all 100 counties!!"​